Two characteristics of the frying process, high temperature and the presence of air, favour the development of polymerization reactions accounting for the most complex group of new compounds formed in used frying fats and oils.

This complexity results from the different functions available for the oxidation of unsaturated fatty acids, along with the composition of the fat with a high proportion of triacylglycerols (TAG) containing more than one unsaturated acyl group per molecule. It also explains the lack of studies on the structure and formation of dimeric and higher oligomeric TAG.

Significant information on mechanisms of polymerization reactions has been limited to the formation of the dimers obtained in the first step of polymerization. The studies were carried out starting from fatty acid methyl esters (FAME) heated under well-defined conditions, either in the absence or in the presence of air. Detailed results can be found in general reviews [1,2].

Mechanisms and reactions participating in the formation of nonpolar dimeric fatty acid methyl esters (FAME), i.e. compounds formed through C-C linkages without any extra oxygen in the molecule, were studied by using FAME subjected to high temperatures, normally between 200 and 300°C, in the absence of air to inhibit oxidative reactions. Mass spectra of isolated dimers before and after hydrogenation gave clear evidence of the number of double bonds and rings present in the original structures by determining the parent mass peaks. Additional evidence of isomeric forms was obtained from the pattern of fragments observed. From a large series of experiments the following was concluded:

Even if conditions during thermal alteration in the absence of air are far different from those used in frying, techniques applied have been of great help in the identification of nonpolar dimers in used frying fats. The levels found indicate that nonpolar dimers might be one of the most relevant groups among the alteration compounds [3].

The structure of polar dimers is still largely unknown. Difficulties are due to the heterogeneity in this group of compounds. Firstly, different oxygenated functions are likely to be present in oxidized monomers before dimer formation, or generated by the oxidation of nonpolar dimers. Secondly, more than one functional group can be present in the same dimeric molecule. Lastly, the oxygen may or may not be involved in the dimeric linkage. Therefore, the large number of possible combinations results in a complex mixture that is difficult to separate. Under these circumstances, studies have paid more attention to defining the composition of alteration products than to the mechanisms involved in dimer formation.

Basic knowledge on polar dimers has been obtained by heating FAME, TAG or fats and oils in the presence of air, or by thermal decomposition of FAME hydroperoxides. Among the studies carried out, those giving information on the dimers found in fats and oils used in frying or heated under simulated frying conditions are especially interesting. After separating fractions of different polarity by adsorption chromatography, identification techniques, including mass spectrometry, nuclear magnetic resonance and infrared spectroscopy, have been helpful in providing evidence of some of the dimeric structures formed. The following results are noteworthy:

In summary, because of the high number of nonoxygenated and oxygenated dimeric FAME found in fats and oils subjected to frying conditions, it is difficult to obtain more detailed analyses of these compounds. The difficulty increases even more when dealing with the underivatized TAG.

Definite structures for compounds with molecular weight higher than dimers have not been reported, neither as methyl esters from frying fats nor in model systems. This is not strange considering that much more research remains to be done on structure elucidation and quantification of simpler molecules, i.e. oxidized monomers and dimers, which are intermediates in trimer and higher oligomer formation. Moreover, the potential number of different structures in trimer formation increases exponentially with respect to those compounds of lower molecular weight as many different dimeric structures may be combined with many different monomeric structures. Furthermore, the limitations of the techniques for isolation, separation and identification increase. Nevertheless, some information has been reported on the chemical composition of the residual oligomeric fraction obtained after distillation of dimer methyl esters, solvent fractionation of polymeric material, or a combination of chromatographic techniques. In general, the results indicate that the polymers formed were essentially FAME dimers and trimers joined through C–C and C–O–C linkages [3,6]. However, when drastic conditions were applied, even FAME pentamers were found in significant amounts.

Finally, it is important to remark that the information obtained from oxidized monomeric, dimeric and oligomeric FAME has been of great help in isolating the fractions of interest without the interference from other modified or unmodified fatty acyls also attached to the glyceride molecule. Figure 2 shows, as an example, one of the possible molecules (trimeric TAG) of intermediate complexity present in used frying fats and oils to illustrate both the high number of the individual molecules formed at high temperature and also the present difficulties to get information on the structure of original TAG molecules. 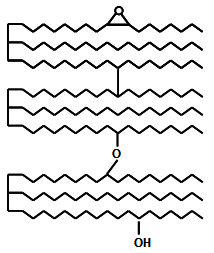 Figure 2. Structure of a complex molecule among those formed during heating at frying temperatures.

After formation of FAME, three molecules of unmodified FAME, two molecules of oxidized FAME and one molecule of both nonpolar and polar dimers would be obtained. It is understandable that in spite of the considerable loss of information on the structures of oxidized monomeric, dimeric and oligomeric TAG originally generated during the frying process, formation of simpler derivatives is necessary to gain analytical information on the new compounds formed.