In comparison to the spectra of stearic acid and its esters, the spectrum of stearyl alcohol (Fig. 1) shows a triplet at about 3.65 ppm caused by the protons attached to C1. The protons at C2 are responsible for the multiplet (triplet of triplets) at about 1.6 ppm.

The spectrum of oleyl alcohol is shown in Figure 2. The major differences here are similar to those of methyl stearate vs. methyl oleate, namely presence of olefinic and allylic protons. 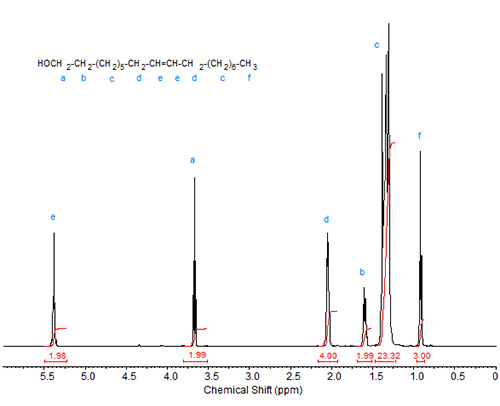 The spectrum of ricinoleyl alcohol is depicted in Figure 3. The peaks caused by the protons at C1 and C12 overlap here. Otherwise, the features of this spectrum are as discussed above for methyl ricinoleate. 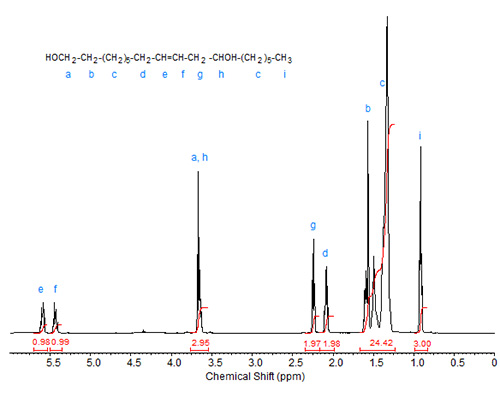