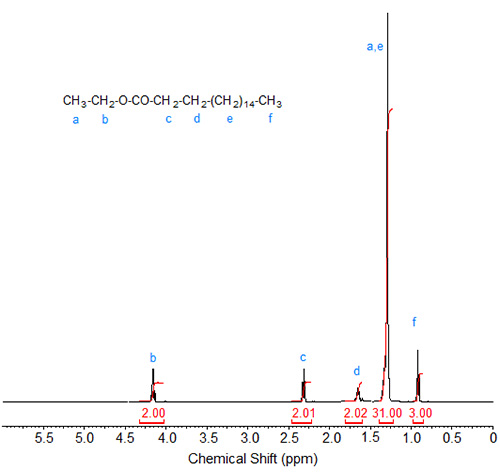 Propyl esters. With propyl stearate (Fig. 2), the methylene group attached to the oxygen in the ester group is now a triplet at approximately 4.08 ppm. The signal of C3 in the fatty acid chain is now overlapped by the second methylene group in the propyl ester, giving it a theoretical integration value of 4. The methyl group in the propyl ester is more remote from the oxygen, shifting it upfield close to the signal of the terminal methyl of the fatty acid chain. The theoretical integration value of the large methylene signal is therefore reduced to 28. 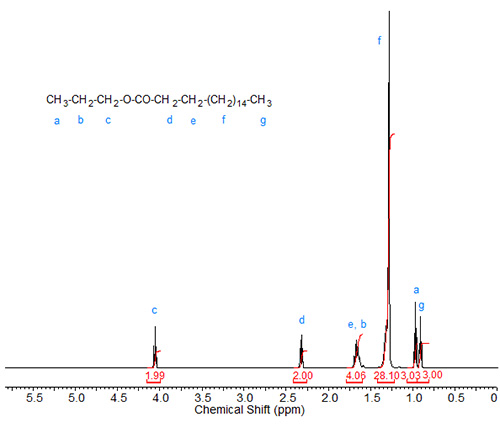 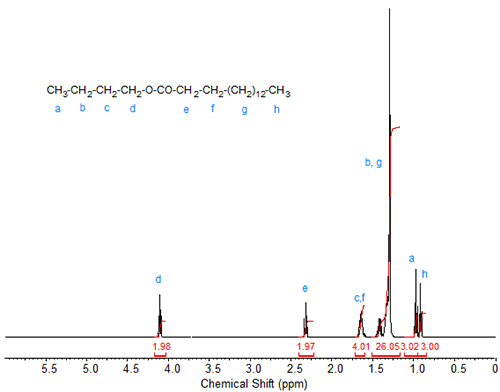