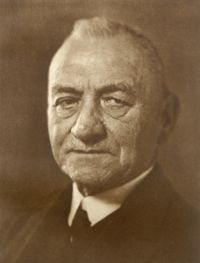 The iodine value (IV) is still one of the most commonly applied indices in fatty acid chemistry. Its introduction in 1884 was a milestone in analysing fats and oils as well as describing their structure-property relationships, although it can be considered largely outdated because modern analytical methods such as gas chromatography and nuclear magnetic resonance spectroscopy supply more detailed and diverse information regarding fatty acid composition (see Knothe, G. Structure Indices in Fatty Acid Chemistry. How Relevant Is the Iodine Value? J. Am. Oil Chem. Soc., 79, 847 854 (2002) - doi:10.1007/s11746-002-0569-4). However, little is known in the world of fats and oils about the original work and publication that introduced the IV as well as the individual behind the work. As it turns out, this work opens the door to numerous historical perspectives discussed here, besides some technical aspects of the IV.

The original paper on the iodine value can be found on pages 281-295, Volume 253, published in 1884, of Dingler's Polytechnisches Journal (an English abstract of Hübl’s publication is available from the Journal of the Chemical Society, Abstracts, Vol. 46, 1435-1437, 1884; see the website of the Royal Society of Chemistry). The journal itself, a prime technical publication for many years, is of significant interest. It was founded in 1820 by the chemist Johann Gottfried Dingler (1778-1855), who was the sole publisher until 1831. From 1831 to 1840 he published the journal jointly with his son Emil Maximilian Dingler (1806-1874), who was also a chemist and became the sole publisher in 1840. The journal was published from 1820 to 1931, covering 341 volumes, and appeared in the Verlag J.G. Cotta’sche Buchhandlung, Stuttgart, Germany. It was originally named only Polytechnisches Journal through Volume 211 (1874). True to the term “polytechnic” in its name, it had a broad scope, dealing with advances in agriculture, manufacturing, mining, transportation, chemistry, and the reception of Einstein’s theory of relativity. It even considered social aspects of industrialization.

The publication itself is entitled "Eine allgemein anwendbare Methode zur Untersuchung der Fette", translating to “A Generally Applicable Method for Examining (or Investigating) Fats”. The author is given as “(von) Baron Hübl, k. k. österr. Hauptmann”. This authorship links to a realm long past. The term “k. k.” is an abbreviation of “kaiserlich-königlich”, translating to “imperial-royal” (also, from later years one can often find the abbreviation “k. u. k.” inserting the word “und” = and). This term reflects the Austro-Hungarian double monarchy that existed until 1918, whose ruler was the Emperor of Austria and king of Hungary. Thus the author, Baron Hübl, was an imperial-royal Austrian army captain. The following biographical information in this article is largely taken from the Neue Deutsche Biographie (New German Biography), Vol. 9, p. 714-715, issued by the Bavarian Academy of Sciences.

The life of the author in many respects reflects the history of the Austro-Hungarian empire and its successor states. Arthur Freiherr (Freiherr is another German term for baron) von Hübl was born March 20, 1853 in a city known in k.k.-times as Grosswardein, the son of Franz Freiherr von Hübl, also an Austrian army officer, and his wife Emilie Jilg. After World War I, Grosswardein was part of the territory ceded by the disbanded Austro-Hungarian empire to Romania and is now known as Oradea, located in the northwestern part of the country close to its border with Hungary. Also, after World War I, all titles of nobility were abolished in Austria, so that his name became Arthur Hübl.

Hübl attended the Technical Military Academy (Technische Militärakademie) in Vienna and was commissioned a lieutenant in the artillery. In 1879-1881 he was enrolled in the chemistry department (chemische Fachschule) of the Technical University of Vienna (TH Wien). According to the aforementioned biography, while studying there, he developed the iodine value. However, he already was working in the area of photochemistry at that time and no biographical data indicates that he retained an interest in the area of fats and oils, which may also have been a result of his assignments. It is not clear what caused his one-time diversion into the field of oleochemistry. Instead, he pursued photochemistry, achieving significant recognition in this area, and worked also very successfully in photogrammetry (3D-measurement technology using two or more photographic images taken from different positions) and stereophotogrammetry.

Together with Giuseppe Pizzighelli (1849-1912), another Austrian army officer, Hübl modified the platinotype photographic process invented by William Willis (1841-1923) in England in 1873. The work Platinotypie, published in 1882, led to both of them receiving in 1883 the Golden Voigtländer Medal of the Photographic Society of Vienna.

In 1885, Hübl was transferred to the artillery staff and later in the same year to the Institute for Military Geography (Militärgeographisches Institut) in Vienna, where he worked on the reproduction and printing of the map of Austria in the scale 1:75000. His assignment was to develop new photographic procedures while reducing the use of time-consuming manual methods and lithography, at which he was apparently very successful. Hübl worked on various photographic procedures including color photography, authoring books in this area, and photogrammetry, in 1910 creating a department for the latter subject, during his tenure at the Institute for Military Geography. In 1909 he introduced offset printing in Austria. Although he formally retired in 1913, from 1916 to 1918 he was commander of the Institute for Military Geography in Vienna. From 1920 to 1924, he and ten other (former) members of this institute worked in Brazil, helping to start the Brazilian Cartographic Institute and introduced photogrammetry in Brazil. He received an honorary doctorate from the Technical University of Vienna in 1918. Arthur (Freiherr von) Hübl died on April 7, 1932, in Vienna.

In his work, Hübl used an alcoholic iodine solution in presence of HgCl2 (mercuric chloride) with chloroform as fat solubilizer to affect the addition to the double bond, followed by titration with sodium thiosulfate to determine residual iodine. Starch was used as indicator. Hübl himself already used the term Jodzahl (iodine number).

In his work, Hübl investigated a variety of fats and oils and noted that drying oils generally tend to have the greatest iodine value and solid fats the lowest iodine values. As a historical note, he indicates that some oils (apricot and almond oil) used in his work were obtained from the k. k. Hofapotheke, i.e. the imperial-royal court apothecary.

The basic principle of the wet chemical determination of the iodine value as introduced by Hübl is still valid today. Apparently, the applicability of the iodine value was recognized fairly quickly after its introduction and the major modification to the method was made in the late 1800's 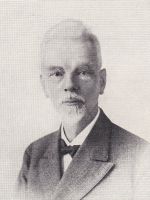 In a series of papers, J.J.A. Wijs (Wys) of the Oliefabriek in Delft, the Netherlands, discussed the mechanism of the reaction. In 1898, he published work in which he used iodine monochloride (ICl) in glacial acetic acid to affect the addition to the double bond, in the course of which the use of HgCl2 was also dropped. The use of ICl was recognized by Wijs (see Zur Jod-Additionsmethode (On the Iodine Addition Method) in Chem. Ber., Vol. 31, p. 750-752, 1898) to be advantageous, because mechanistic considerations showed that HIO (hypoiodous acid) is the active species in the addition. The solution using ICl has become known as the Wijs solution. The now withdrawn AOCS method Cd1-25 using carbon tetrachloride, and the current AOCS method Cd 1d-92 using cyclohexane-acetic acid (also used by the European standard EN 14111) as solvent system are based on the Wijs solution.

A connection of the iodine value to specific applications was implied already by Hübl, when he pointed out that drying oils have the highest iodine value. Indeed, the iodine value has been applied in various areas. A prominent area in which the use of the iodine value is a matter of contention is biodiesel, the use of fatty acid alkyl esters as alternative diesel fuel. In the European standard, biodiesel is applied in such a fashion, maximum value 120, as to exclude soybean oil methyl ester as biodiesel fuel. Reasons for the inclusion of the IV in biodiesel standards are to limit the propensity for oxidation of biodiesel, which is especially displayed by the polyunsaturated fatty acids, and reduce engine deposits traceable to double bond polymerization. However, this does not take into consideration that the same IV can result from an infinite number of fatty acid profiles. The IV is also molecular weight-dependent, so that producing higher esters such as ethyl or propyl lowers the IV without affecting the propensity of double bonds towards oxidation or polymerization. Also, the IV treats all double bonds equally, which is not the case regarding their propensity towards reactions such as oxidation.

The use of other indices termed allylic position equivalents and bis-allylic position equivalents, the latter being more significant because of the more facile oxidation of bis-allylic positions, instead of the IV has been suggested for such purposes (see above reference by this author). Instead of wet chemical determination, the IV can also be calculated from the fatty acid composition as determined by gas chromatography (see, for example, AOCS Recommended Practice Cd 1c-85, Calculated Iodine Value) or nuclear magnetic resonance spectroscopy.

- in which Af is the proportion (relative to 1) of a fatty compound in a mixture, MWf is the molecular weight of the fatty compounds, db is the number of double bonds in the compound, and 253.81 is the atomic weight of two iodine atoms. Together with aspects discussed briefly above, the use of the IV when the fatty acid composition is known appears especially superfluous since the fatty acid profile provides significantly more specific information.